This kind of saffron is really pure and without style so it is completely red.  It has very high coloring power.

Iran is one of the oldest regions known to have cultivated saffron.  Iran’s agricultural and garden products including Saffron enjoy high quality due to the variety in its climatic conditions.

Iranian saffron is the most expensive spice because of its potent.  Generally, the climatic and geographical conditions completely influence on the quality and amount of plants cultivated and harvested in different parts of the world.

Saffranal is considered as a toxic substance and large amount of saffranal in saffron makes it more poisonous.

According to research conducted in Iran, saffranal in the Iranian saffron is low while the percentage of the substance in some other parts of the world saffranal is relatively high.  It makes clear preference for other tzpes of Iranian saffron.

At the present time Iran is the biggest producer of saffron worldwide, with over 80% of the world market.

Gohar Saffron Co. is the premier saffron Exporter in Iran and has been founded in 2004. to fulfill the heightened worldwide demands for the best quality saffron. Due to efficient management and planning, the company obtained numerous achivements internationally and entered markets in many countries in Asia, Europe, America; Oceania, Africa and established factory areas of a total of 3880 square meters. All this, with the goal of expanding production. For fourteen years now, Gohar Saffron Co. has been successfully gaining the trust of foreign markets. 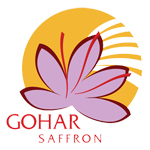