Description: A mixture of spices, salt and other food products intended for seasoning dishes before serving. It’s intended for all kinds of dishes, from seafood to meat and fish.

Usage: Season food with this spicy mixture prior to serving for full explosion of flavors of this unique blend. 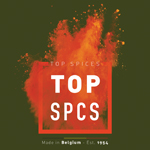